Why I LUV Southwest Airlines


I LUV Southwest Airlines! This is a copy of a letter that I sent to an HR department (with locations and names scrubbed). 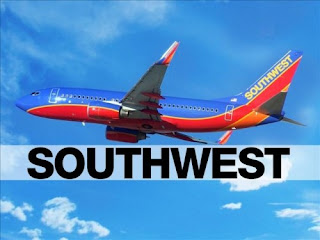 On March 12th, I traveled to _____ for an interview on the  _____ . This notes explains why I'm enclosing a receipt from Southwest Airlines for  _____ . In short, Southwest Airlines got me to San Antonio without significantly disrupting the following day's schedule; my original airline (American) could not.

My original flight from Bradley Airport (Windsor Locks, CT) was scheduled for 1210 on  American Airlines 357. An hour after the scheduled departure time, the pilot announced that the plane was not airworthy (failed generator seal on the right engine, which leaked oil).

American Airlines re-booked me on AA 2495 leaving at 550pm. At the earliest, this would get me into San Antonio around midnight. Complicating the matter, a line of storms in the midwest (Chicago area) were causing flight delays for arriving flights. There was no guarantee that the flight would be on time to make the last Dallas connection to San Antonio.

I called the  _____ HR department who transferred me to the travel department. The travel department lady found a flight through Detroit. The gate agents were “strongly suggesting” not changing to the other flight on Delta since it “would get stuck in Detroit” because of the weather. The code-sharing major airlines have little-to-no excess capacity to deal with difficulties.

The travel department lady apparently sent an email through HR indicating that the following day's interview schedule would need to be pushed back. I was running out of options. I asked  _____  if Southwest Airlines had a flight; she couldn't see any open seats.

When I personally talked to the Southwest Airlines gate agent, there was a flight and connection that would arrive in San Antonio at 10pm. I called _____ again to coordinate refunding the AA ticket. American Airlines refunded  _____  for an unused ticket thought the travel department. I bought the Southwest Airlines ticket with my credit card at the check-in gate.